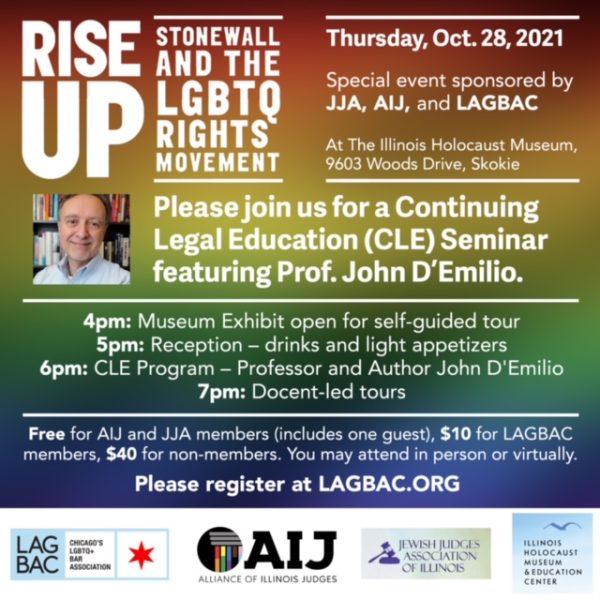 Rise Up: Stonewall and the LGBTQ Rights Movement Tickets

* Lawyers intending to obtain 1.0 CLE credit for this event must include their ARDC Number in the Order Notes field in the final checkout screen and must purchase a LAGBAC member or Non-Member ticket.

* AIJ and JJA members who are bringing a guest, please indicate the guest name in the Order Notes field in the final checkout screen.

* If you are choosing to attend this event virtually, please indicate this in the Order Notes field in the final checkout screen so that Zoom credentials can be emailed to you prior to the event.